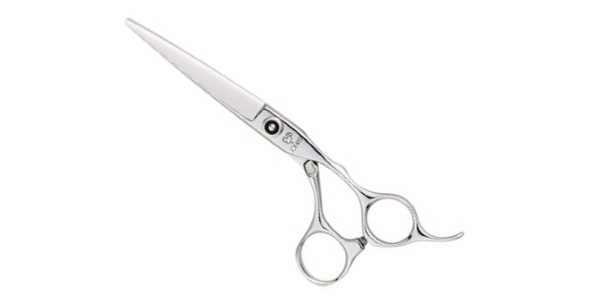 We offer a comprehensive range of high quality hairdressing scissors at competitive prices.

After my Japanese scissors were unfortunately dropped i thought I would have to send them away,but found Tony who came out to the salon, realigned, sharpened and repaired them all without me having to leave work or send them away and all for a very reasonable price! Very happy with the service received and would recommend Tony to anyone needing scissors fixing or sharpening! Thank you very much 🙂

I had 3 pairs of scissors that were not cutting at all due to dropping them and blunt . Tony sorted all of them for very reasonable price and I didn’t need to leave my work . Very pleased

Returned my call on the same day and provided an amazing service, scissors are as good as new! Glad i have found you!

I had my scissors sharpened by Toni. Very happy with the end result. They're super sharp to work with now. Toni was punctual and easy to work with aswell. Highly recommended! Janne

I got my scissors sharpened by bladesmaster and it was amazing. Great job!!! Thank youu!!

"Our Stylists are all very happy with their scissors and are so impressed with how much better the clippers are working!" Thanks again Kind Regards Taylor

Tony from Blademaster has regularly sharpened mine and my colleagues scissors. I had mine sharpened last week but dropped them the next day so asked Tony to re-align them for me. He extremely kindly did this free of charge as I had only just had them sharpened. Fantastic customer service, thoroughly recommended. Thank you so much :-))

I made the real bad error of taking my Japanese scissors to a shoe repairs to get sharpended! They were completely un useable! I found blade masters number online and spoke to tony who was so helpful! He was able to visit me the next day!! A major plus he did all the correcting work right there and then I didn't have to send my scissors away!! Great service! Thank you so much! Will definitely recommend and use again in the future!

What a fantastic service. Excellent communication via text and on time. I'm a mobile hairdresser and was so pleased with my scissor sharpening today that I thought good workmanship should be recognised. I have a pair of left handed kasho scissors and after being sharpened they were like the day I bought them. Thank you so much. Will defo use again 😊😊

Amazing service done by someone who cares. My scissors were so bad I thought they were beyond repair. BladesMaster sharpened balanced etc my scissors so beautifully that they are like a new pair of scissors. Another factor is also that just in case you are not happy with how they have been sharpened ... BladesMaster is prompt in rectifying your complaints because he cares.

Great stuff, thanks very much! The scissors are all super sharp so appreciate you popping in and we will be sure to use you again. Best Pete

We are really impressed with our scissors. Thanks very much xx

I had my scissors sharpened by blade masters they did an excellent job on them really happy with my new sharper scissors and so handy that its mobile and can have them done there and then instead of sending them off...highly recommended

Thanks for doing the knives. Really impressed! Just the way I wanted them. Perfect. Thank you.

Had my scissors sharpened yesterday, what an amazing result, like new again. Brilliant service, thanks so much.

Thank you for sharpening my knives. They are now amazing.

Wow, I am amazed at how sharp my scissors are since Bladesmaster sharpened them. They look good as new, thank you so much.

I used Tony for the first time last week and I'm extremely impressed with the quality of service he gave.

I will definitely be recommending him to others.

Tony has visited us a number of times now.

Wouldnt trust anybody else with our scissors.

Thank you so much!!! Fantastic service, they feel like new!!!

Brilliant service, quick and been left with super sharp scissors :-)

Thank you so much for sharpening my scissors today they really are like new they have never felt so good! I used them all afternoon and they worked brilliant .i will definately recommend you .its nice to know that my scissors were in good hands :) thanks again . I will call you in the future when they need doing again!

You have done a fantastic job on my scissors they are like new. Very pleased and will recommend your service to my grooming friends.

Thanks for a professional and superb service - All 5 scissors sharpened now feel like new.

Its nice to see someone offer such excellent service and with a smile!

Just to say 'Thanks' for your excellent and speedy service - Will certainly recommend you!

Fantastic job, my scissors are like new again, i will recommend to anyone who asks, many thanks

I called Tony whilst he was driving to ask him if he would be willing to sharpen my 5 cooks knife and 2 victorinox scissors. None of the items in question had been sharpened in many, many months after some serious chopping and cutting! Tony turned up as promised bang on time and introduced himself quickly but was even more eager to get my blades and get cracking on them! A few short minutes later he returned with some seriously lethal blades that are now an absolute pleasure to work with. I have re-booked Tony and his services for two weeks on the regular. Very sharp service indeed...!

Thank you so much for coming today ,your always reliable friendly sevice.

My girls had fun chatting to you as well.

Scissors are lovely and sharp now.

Thanks a million, my prized pair of scissors you sharpened for me this afternoon have once again been returned to their former glory!

My confidence in my cutting skills have also been returned to their prime.

My scissors and blades you sharpened today are brilliant - infact 'like new'. I will certainly maintain them every couple of months with you in the future - See you in April! Thanks

My scissors and thinners are now excellent - Thanks :)

Hi I just wanted to thank you for coming to service my scissors, at such short notice, some1 had used them to cut parcel string(can you believe?) they were folding the hair and with the busy schedule I was really panickin,they are my favourite pair and I just know I would've had a miserable Christmas period if I had to use something else. They feel wonderful now, So sharp and smooth, I will always use you in the future and wish you all the best for Christmas and the new Year, Regards Terry(Caterham).

Do you sharpen chef knives with Asymmetric blades like Masahiro brand knives?

All our scissors came out great, thank you

Thanks so much for coming round , Such a friendly reliable good service! My scissor are fab thanks

Hi it's Marcus from W6. You sharpened my scissors a couple of weeks back and they are excellent.

Could you swing by when you're next in the area, I have another pair to sharpen.

Excellent, Professional, Fast Service - Thank you - We will certainly be calling you in the future.

I just wanna thank the nice man who turned up on time at a rather famous west end salon to service my scissors, he came and as I was busy left me a nice pair of loan scissors and took away my precious baby kasho's that I had dropped,chipped and could not use. About 40 minutes later he returned and my scissors felt and cut like new.After that Everyone in the salon wanted their scissors looked at and serviced. I would just like to say I would reccomend Bladesmaster to anyone, and I will never use anyone else from now on. Thank you again. Dannii

Just a quick note to say a big thank you to Bladesmaster, for fixing my old yasakas I've had for nearly 10 years and they were falling apart. I had decided to buy new ones, then Bladesmaster came in and suggested that he could make them work like new. He took them away and returned less than an hour later with my scissors working and cutting like new, saving me at least £120. Thank You

All the best Bradley.

I want to thank Bladesmaster, for servicing my scissors and dog grooming shears, he was prompt, polite and knowlegeable, but most of all the scissors and the shears now cut like new. I just want to say thank you and (with hand on heart) I would recommend them to anybody.

I just wanna thank the chap from Bladesmaster who came in the other day at such short notice to repair and sharpen my scissors. I had them sharpened by some1 else and they never felt the same,they were catching and made a funny noise, then I was given Bladesmaster's number by a friend of mine that works down the road from me in south London, I called and asked if they could do something before the weekend and the very next day a guy turned up, left me a pair of scissors to use whilst mine were being done and about 40 minutes later he returned with my scissors. He asked me to try them out before he left to see if I was happy and I can honestly say that they were like new, I am so pleased. I just want to say a big big thank you and I will only use you in the future and recommend you to others. Thank You once again Lisa.(Tangles).

We have recently had our scissors sharpened and serviced by Bladesmaster and I can only say that we gave them about six pairs to sharpen and everyone of us are very pleased with the results. My scissors(Osaka 6") had been sharpened before by someone else and I had nothing but trouble with them. I gave them to Bladesmaster with a bit of skeptisism, but I must say they are now FANTASTIC, infact I think they are better than when I first bought them,hence why I decided to write and reccomend them to anyone. Thank You so much Bladesmaster, I will never trust anyone else with my scissors.